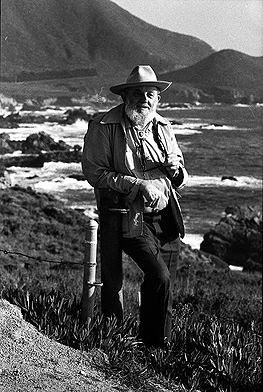 My wife and I attended the final day of the Ansel Adams exhibit here at the Phoenix Art Museum a few days ago. Adams' photography is familiar to nearly anyone, and he has produced some of the most stunning images of the 20th century without the use of the high technology. I am a bit of a hobby photographer myself, and have always admired Adams' ability to find a kind of depth in monochrome that many cannot find in color.

One aspect of Adams' career I was not aware of however, was his contributions back to the field, and his short stint as a formal instructor. The exhibit made a point of highlighting not just his images, but his methods, his advancement of the art, and in some cases his activism. The Wikipedia article on his life describes some of his contributions.

Ansel Adams put a lot of work into teaching others the art of photography. He started out using informal methods, inviting interested individuals to go into the field with him and work on their personal craft. He held workshops, he published manuals, he attended conferences, he started publications. At one point he entered formal teaching, however he later returned to informal instruction. He brought his passion to us, and we're richer for his expertise today.

When I entered the museum, I expected to see a lot of wonderful black and white images from one of history's most notable photogs. What I got was so much more, and I think Adams' work and advocacy is instructive. It shows that someone absolutely devoted to their craft can bring so much to the rest of us, get us engaged, and improve the practice in general.
Posted by Paul Angileri at 3:58 PM

Paul Angileri
Project manager and training/orgdev solutions specialist with a 19-year career working with startups, medium-size, and large regional or global public and private organizations. Hands-on experience with managing multiple projects and accounts; pre-sales engineering; client relationship management; and design development of skills development products and services. A strong, detail-oriented self-starter focused on high-quality client outcomes and service, with a demonstrated capacity for working in both self-directed and team-based settings, and as part of a cross-functional team in co-located and virtual project settings.